[Above: Frank Waldron with trumpet, Wang Doodle Orchestra, Seattle, circa 1915, With Saxophone, seattle, circa 1925, photos courtesy of the Black Heritage Society.]

“Greg Ruby has captured the spirit of early jazz by retrieving and rearranging the long lost compositions of legendary Seattle wind instrument “professor” Frank Waldron, mentor to Quincy Jones, Buddy Catlett and others. These songs are an absolute delight, a window into a joyful, rambunctious jazz past that is too often overlooked.” (Paul de Barros, The Seattle Times, Down Beat) 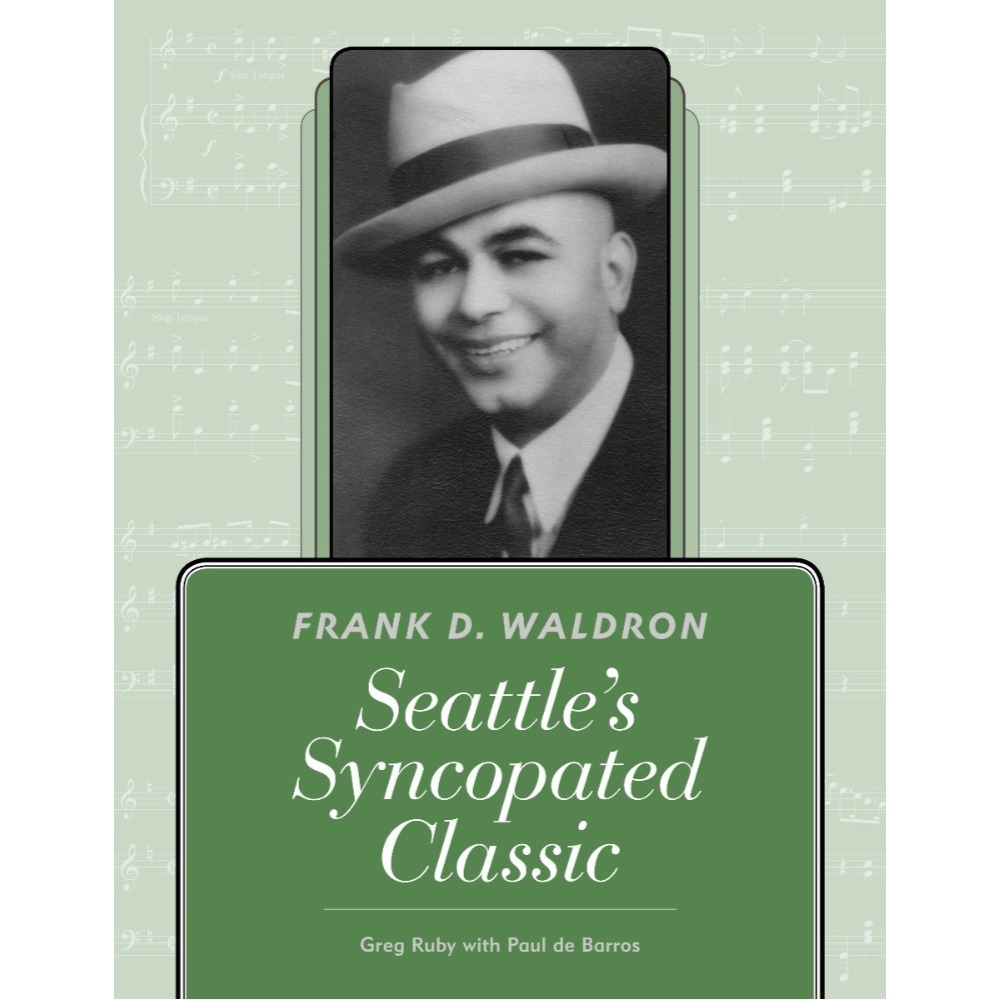 This project began with the curiosity of wanting to know what Seattle’s jazz of the 1920s may have sounded like, and grew into a multi-faceted endeavor to preserve and celebrate one of the city’s forgotten musical giants. Frank D. Waldron: Seattle’s Syncopated Classic is the complete collection of Frank D. Waldron’s music and history. These recordings, archival photos, biographical essay and reproductions of Waldron’s compositions are intended to both paint a picture of one of Seattle’s eminent early jazz figures and inspire musicians to perform his work. While we will never know the aspirations that lead to his self-publishing of The Kaiser’s Got the Blues in 1918 and Syncopated Classic in 1924, we can be grateful that he took such immense care to do so. The details of melody, counter-melody, harmony, dynamics, articulation and form left us a complete body of work, not only worthy of preservation and examination but also of performance and enjoyment. It is my hope that this project will help ensure that Waldron’s music and legacy remain an integral part of Seattle’s rich musical history.

This project is supported in part by a grant from